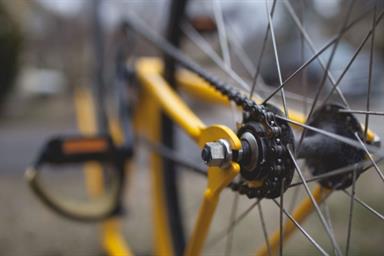 Wal-Mart Stores, Inc. is being accused of sloppy work in assembling bikes for sale and purchased in its stores. A lawsuit was initiated earlier this month in a South Florida federal court outlining numerous injuries allegedly caused to consumers by the improper in-store assembly of bicycles. Walmart advertises in-store assembly free of charge for those purchasing bikes at any location where bikes are sold.

Details of the Initial Accident and Claim

Last fall, the Plaintiff in this action bought a semi-assembled Roadmaster Granite Peak bicycle from a Wal-Mart in Pompano Beach, Florida. The company making the bike had shipped it to Wal-Mart in a box semi-assembled. However, at the time of purchase, Walmart employees offered the free assembly per the store’s policy, and the Plaintiff left the store with a bike he believed was fully assembled and ready to ride.

Later, when riding the bike, the handlebar came loose within the stem and slid all the way to the right causing the Plaintiff to lose control and crash. He was injured when he landed on pavement with his head/face, shoulder, and right side of his body. Other than adjusting the seat to his height, the Plaintiff had made no modifications to the bike between the time of purchasing the bike and the crash.

This lawsuit is predicated on the theory that Wal-mart, company-wide, fails to properly train employees in bike assembly even though such training would cost less than an estimated $30 per employee using a third-party training program (based on information from the Barnett Bicycle Institute and United Bicycle Institute.). Keep in mind, Wal-mart is a retail corporation with over 8,970 locations and has an estimated yearly revenue of $469 billion. Yet, the company has opted not to take advantage of training programs.

A class-action lawsuit seeks to represent a group of similarly situated people who have sustained damages from a similar wrong. The identified class, which in this case is all persons in the U.S. who purchased a bicycle from Wal-mart and who were injured while riding the bike due to negligent assembly, will have to be certified by the federal judge. But, if so certified, the Plaintiff will proceed with the lawsuit representing the interest of the entire class. The Plaintiff also seeks damages for his own injuries and an injunction barring Walmart from continuing the allegedly negligent practices in order to prevent future harm.

If you have been injured by the negligence of another, schedule a free consultation with an experienced attorney at Syfrett, Dykes & Furr. Call (850) 795-4979. And, beware of the fully assembled bike you purchase at the store for yourself or your children!