Yearly Auto Accidents on the Rise in the Sunshine State 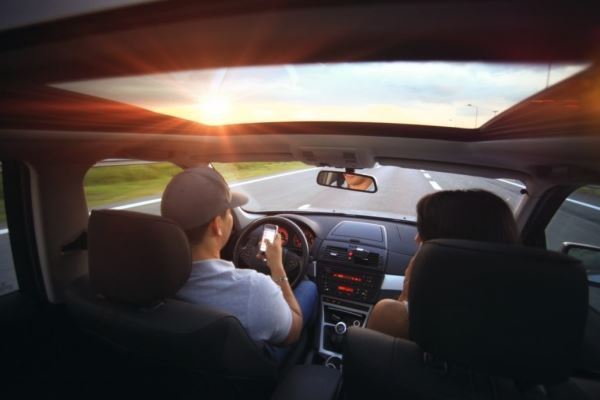 Whether you are ready for it or not, the holiday season is well underway, and with it comes all the extra driving involved with traveling back home to visit family, extra shopping trips, and the season’s many events. Obviously, the more our population is driving, the more accidents there will be. And, this comes on top of an overall increase in yearly traffic accidents compared to previous years. The Florida Department of Highway Safety and Motor Vehicles reported 374,443 total car crashes in Florida in 2015. This was a substantial rise from the 344,469 crashes in 2014. With more than 30,000 car accidents occurring per month this year, the state will likely meet or exceed last year’s totals (if it hasn’t already).

So, why has there been such an increase in Florida and what more can be done to stop deadly crashes? Ian Satter with Florida Department of Transportation says those questions as being addressed by the Department right now. However, he also points out, “It’s a nation-wide trend, it’s not just here in Florida. So you not only have Florida, but we are working with our partners in other states and other areas in the country looking at this information and trying to figure out why we’re seeing this increase.”

If you are interested in how your Florida region stacks up against other regions of the state the following website provides up to date information on reported accidents – https://www.flhsmv.gov/florida-highway-patrol/traffic-incidents-by-region/.

The following driving safety reminders is a sampler of those provided by the Florida Department Highway Safety and Motor Vehicles Department (DHSMV).

MOVE OVER – This is an action required by every driver that encounters first responders or stranded motorists waiting for assistance. Florida law requires you to move over at least one lane for stopped vehicles on the side of the road. If you are on a two lane road or cannot safely move over the required lane, you are required to slow to a speed that is 20 mph less than the posted speed limit (or 5 mph when traveling in an area posted at 20 mph or less). Failing to move over puts everyone at risk and can result in a fine and points on your driving record. And, although its not mentioned by DHSMV, it’s also very important for those already in the “safe” lane to allow motorists to move over safely in front of them. When traffic is heavy, the act of moving over can be just as hazardous if everyone is not paying attention and being considerate of what needs to happen.

HIT AND RUN AWARENESS – While most hit and run crashes involve only property damage, DHSMV reports 180 people were killed in hit and run crashes in 2015. The Florida Highway Patrol has a campaign to educate the public on responsibilities if they are involved in a crash. Penalties range from a 2nd degree misdemeanor for property damage up to 1st and 2nd degree felonies when there is a death or serious bodily injury. For more information about this, see – https://www.flhsmv.gov/safety-center/driving-safety/hitrun/.

is extremely hazardous to drivers, passengers, pedestrians and bicyclists. Texting involves taking your hand(s) off the wheel, and your eyes and thoughts off driving. This makes it one of the most dangerous distractions while driving. However, other distractions such as talking on the phone, eating, unsecured pets/children, grooming, tending to kids in the back seat, and even daydreaming can significantly increases the chance of an accident. During April, 2016, Florida rolled out the “Focus on Driving Florida” campaign to encourage drivers to take this issue seriously as a threat to safety. According the DHSMV, Bay County alone had 658 distracted driving crashes in 2015 – 321 due to texting.

SHARE THE ROAD – Florida has the kind of weather that brings out pedestrians, bicyclists and plenty of motorcyclists. Please remember the road belongs to everyone. May, 2016 was promoted by Florida as Motorcycle and Bicycle Safety Awareness Month, and drivers were encouraged to use courtesy and understand bicyclists and motorcyclists have the same rights and duties as drivers of automobiles. Drivers should never attempt to share the lane with a motorcycle and carefully look for bikes before pulling into an intersection or changing lanes. Also, because motorcycles and bicycles can stop more quickly than autos, its important to not follow too closely. For more information about sharing the road with motorcycles and bicycles, see – http://www.flhsmv.gov/safety-center/driving-safety/share-the-road/.

CHILD SAFETY AWARENESS – Keeping children safe in and around automobiles requires more consideration than just the proper car seat and buckling up. Children can be injured while playing in the driveway, walking to school, being left unattended in a parked car during hot weather, or even school bus accidents or getting on and off the bus. Florida announced earlier this year that August of 2016 was Child Safety Awareness Month in an effort to raise public awareness of the dangers to children being in or around vehicles.

For more driver safety recommendations, the Florida Department of Safety and Motor Vehicles has outlined more areas of concern and access to resources. See https://www.flhsmv.gov/safety-center/driving-safety/.

If you or a loved one have been injured in an auto accident, contact the personal injury attorneys at Syfrett, Dykes & Furr for a free consultation. (850) 795-4979.