In the workers compensation system, the idea is that employers are protected against most all 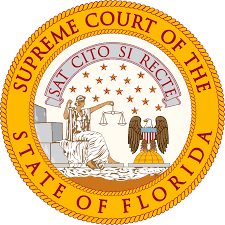 lawsuits for on-the-job injuries. In return, injured workers are supposed to have access to medical treatment and lost wage benefits when they are injured on the job regardless of what caused the accident. However, Florida work comp laws have changed in many ways over the years making it more and more difficult for an injured worker to prove entitlement to benefits that were automatically provided in the past. This has resulted in more and more injured workers needing attorneys to help answer questions about what benefits are available and file petitions when the insurance company wrongly denies claims.

In 2009, the Florida Legislature took the word “reasonable” out of the statute governing work comp attorney fees and mandated that fees be determined by a percentage of the benefit obtained for the injured worker. In other words, an attorney that agrees to help an injured worker cannot be paid for any work unless they first obtain a benefit of some kind that was being wrongly denied by the insurance company. If a benefit is obtained, the fee is limited to only a percentage of the value of what the injured worker gets. By removing the word reasonable from the law, the legislature, in effect, limited the ability to get an attorney’s help in lower value claims. For example, if an attorney works 20 hours proving an injured worker is entitled to an appointment with a medical specialist to assess an injury and this appointment is valued at $125.00, the attorney has obtained a benefit worth $125. The attorney fee would $1.25 per hour or $12.50. Insurance companies have been routinely denying lower value claims with the almost certainty an injured worker would have a hard time to get an attorney to help.

The Florida Supreme Court issued a decision last Thursday (April 28, 2016) that helps guarantee injured workers are able to get an attorney when needed. The decision is Castellanos v. Next Door Company, Inc., and the Court ruled in a 5-2 decision that Florida’s attorney fee caps in the workers’ compensation law are unconstitutional as they violate an injured worker’s right to due process under both the Florida and United States Constitution. To read more about this, visit: