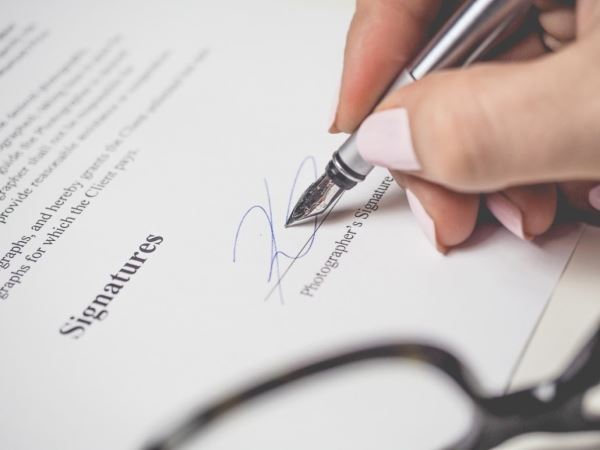 We are all asked to sign them — pages and pages of fine print that comes with just about any release to participate in activities, applications for credit cards, purchase agreements for autos, cell phone or online service contracts, and on and on. And, with today’s capabilities, at times it’s not even a full signature, but rather just a click “I agree.” But what have we agreed to? And, what have we given up?

One of the more worrisome clauses found in these lengthy agreements hardly anyone reads before signing is the “forced arbitration” clause which says that if you have a dispute with the company about the agreement or if your child is injured in the activity covered by the release, you’ve forfeited your constitutional right to take that issue to court to have your case heard. If the company ignores your requests to fix the problem or to help with expenses their negligence may have caused, you are forced to present your side of things to a private arbitrator usually chosen by the company. This is a very different experience than having your day in court.

What is arbitration? Who are arbitrators? Arbitration is an alternative to going to court, a process of settling an argument or disagreement in which the people or groups on both sides present their opinions and ideas to a third person or group. Ideally, the arbitrator or group of arbitrators are independent and knowledgeable about the subject matter of the dispute. But, with forced arbitration clauses, it is not always spelled out who the arbitrator will be and what association, if any, this person or group of people will have to the company. Without the strict judicial rules against conflicts of interest that exist in our regular courts, companies can steer cases to friendly arbitrators. In turn, arbitrators cultivate close ties with companies to get business. When interviewed by a reporter investigating this issue, one California appeals court judge comments, ““Private judging is an oxymoron. This is a business and arbitrators have an economic reason to decide in favor of the repeat players.”

The New York Times told the story last year of Roberta Powers, an elderly Alabama woman who lived in a private nursing home. She suffered from both insulin dependent diabetes and advanced dementia, so she required careful around the clock care to ensure she remained safe and properly medicated. Her children worked full-time and could not stay home with her.

One day Ms. Powers’ son arrived at the nursing home for his regular visit and found her alone and unresponsive. Ms. Powers was rushed to the hospital, but she died the next day. The autopsy revealed that Ms. Powers had more than 20 times the allowed dose of a diabetes medication in her bloodstream. This was something that never should have happened. Ms. Powers’ children wanted answers and the nursing home was not providing them. The family filed a lawsuit against the nursing home. When the nursing home received the lawsuit, its attorneys pointed out that when the family had signed the admissions documents for the home, the papers included a forced-arbitration clause. The judge dismissed the case finding the family was not entitled to have their case decided by the court.

Instead, the case went to an arbitrator who ruled in favor of the nursing home finding no negligence on the part of the nursing home or its workers. There was nothing else the family could do. (For more information about Ms. Powers and many other victims of “forced arbitration” clauses, The New York Times has an extensive article from November 2015 here.

The Centers for Medicare & Medicaid Services (CMS) has recently updated rules for most nursing homes in the country and has recognized public concern on this issue. Beginning November 28, 2016, Phase I of these rules will go into effect and will change the ability of facilities that accept Medicare and Medicaid coverage to have forced arbitration clauses in contracts for admission. The arbitration rule is part of a massive revamp by CMS of consumer protections at long-term care facilities.

“We are requiring that facilities must not enter into an agreement for binding arbitration with a resident or their representative until after a dispute arises between the parties,” reads the rule. “Thus, we are prohibiting the use of pre-dispute binding arbitration agreements.” (See full text of new rules from the Department of Health and Human Services entitled “Medicare and Medicaid Programs; Reform of Requirements for Long-Term Care Facilities.”) Unfortunately, there are some legal reasons why contracts signed before November 28, 2016 may still be valid with these provisions.

To be clear, arbitration can have benefits as an alternative dispute resolution with the appropriate safeguards in place to protect the consumer. But, voluntary arbitration is very different from forced arbitration. If a family member has been harmed at a nursing home, for instance, you can make a voluntary choice to arbitrate and have a say in how an arbitration should happen and who the arbitrator should be. But you shouldn’t be forced or fooled into signing an agreement that forfeits your right to a jury trial before a dispute has even occurred.

Whether you’re signing a loved one into a nursing home or just signing up for Netflix, you shouldn’t have to give your legal rights away. In fact, it says something quite troubling about a company if they’re not willing to be held accountable in the courts where the rules are at least intended to be as fair as possible.

If you have been damaged or injured through the negligence of a company claiming you signed away your rights, don’t give up without seeking the advice of an attorney. The experienced personal injury attorneys with Syfrett, Dykes & Furr offer free consultations to help you know your rights in these situations. Call Syfrett, Dykes & Furr at (850) 795-4979.